CBS’s new supernatural procedural, Evil, just wrapped up its first season, leaving fans with so many questions that won’t be answered until the show returns at a date TBD. To help you bridge the gap between now and then, I’ve picked out nine books like CBS’s Evil for fans who just can’t wait for season 2. 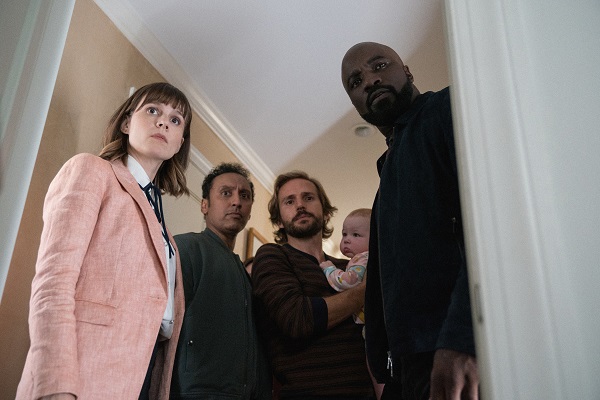 The Best Books for Fans of CBS’s Evil 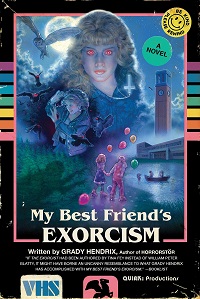 Fans of CBS’s Evil know just how much trouble the four Bouchard daughters get into, and the show’s first season finale left the fate of one daughter in question. If you found Lynn, Lila, Lexis, and Laura’s plot lines more compelling than the adventures of Kristen, David, and Ben, you should check out Grady Hendrix’s My Best Friend’s Exorcism. The story here centers on Abby and Gretchen, two BFFs growing up in Charleston, South Carolina, who find their friendship threatened by a potential possession. When Gretchen begins acting strangely, Abby is willing to go to the ends of the Earth to save her friend. But is she powerful enough to stop something that could easily kill them both? 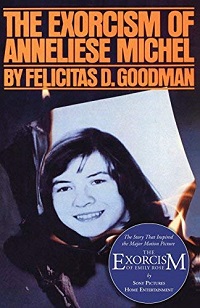 The Exorcism of Anneliese Michel by Felicitas D. Goodman

Catholic officials believed Anneliese was possessed by six demons, and spent ten months attempting to exorcise them from her. When the 23-year-old died in 1976, medical professionals determined that the her parents and the exorcists were to blame. Was Anneliese Michel really possessed, or was she simply the victim of a misguided attempt to save her soul? Decide for yourself after reading Felicitas D. Goodman’s The Exorcism of Anneliese Michel, the book that inspired The Exorcism of Emily Rose. 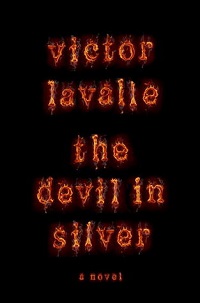 The Devil in Silver by Victor LaValle

If you enjoyed the “Room 320” episode of Evil, you’re going to love this book. Victor LaValle’s The Devil in Silver centers on Pepper, a sane man who has been locked away in an asylum for a crime he doesn’t remember committing. On his first night in the hospital, Pepper meets the Devil—literally. The bison-headed man who tries to kill him should be the stuff of hallucinations, but he’s very real. Pepper and a ragtag assembly of other patients will have to work together in order to free the hospital from the threat of the beast, but that will mean going through many of the staff first. 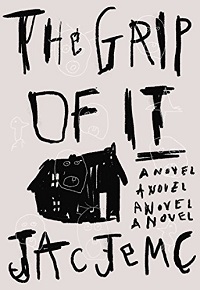 The Grip of It by Jac Jemc

One of the best haunted house stories to come out in years, Jac Jemc’s The Grip of It follows a young married couple into a house of horrors. After life in the city gets the better of them, Julie and James purchase a house in the country, hoping it will provide the new start they so desperately want. They’ve barely unpacked before the weirdness sets in. Rooms appear and disappear, seemingly at random, sometimes trapping one of the newcomers inside. Doors don’t always lead to the same spaces. And that’s all before strange artwork begins to appear in a scrawl on the walls…and on Julie’s body. 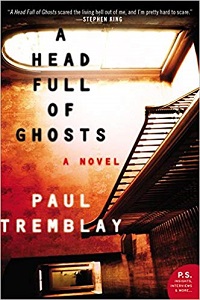 A Head Full of Ghosts by Paul Tremblay

Years after her sister Marjorie was the subject of a docuseries that recorded attempts to exorcise her, Merry Barrett recounts the events that transpired before the camera crews came and after they left. When 14-year-old Marjorie began exhibiting symptoms of schizophrenia, the girls’ father turned to his old Catholic faith for answers. But questions linger regarding what happened later, after the series ended. Was Marjorie Barrett actually possessed, or was she a very sick child in need of psychological care? And what could Merry, who was only 8 years old at the time, possibly know about the case? 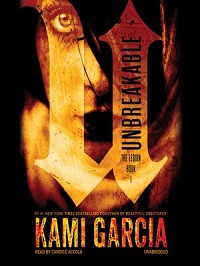 The first book in Kami Garcia’s Legion series, Unbreakable introduces readers to Kennedy Waters, the inheritor of a dangerous and vital legacy. Still reeling from her mother’s untimely death, Kennedy suddenly finds herself targeted by supernatural forces. Her rescuers tell her that her mother was one of the Legion, a five-member force dedicated to protecting the Earth from demonic influences. All five members of the Legion are dead, which leaves Kennedy and four other teens—Priest, Alara, and twins Jared and Lukas—to fill their shoes. 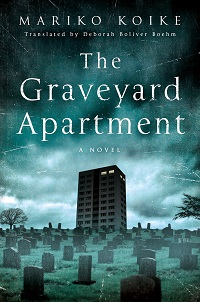 Finding a cheap and spacious apartment in Tokyo isn’t easy, but the Kano family seems to have lucked out. Their apartment building might sit right next to a graveyard and a crematorium, but that doesn’t make the low rent any less of a good deal, right? Teppei, his wife Misao, and their daughter Tamao are happy at first, but soon strange phenomena begin to push them all to the brink. The dead are free to walk here, and they’re coming to get revenge on the Kano family, one way or another. 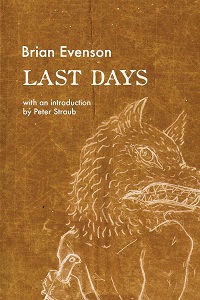 After a botched investigation costs him his hand and leaves his suspected perp dead, Kline thinks his career as an undercover detective is over. Imagine his surprise when two acolytes force him to join their exclusive cult and find out who killed one of their saints. Once inside, Kline discovers that the cult is an organization many would give an arm and a leg to join, quite literally. Their religion holds amputation in high regard, and just having lost a hand might not be enough to keep Kline in the cult’s good graces for long enough to solve his murder case. 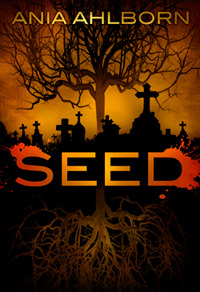 Jack Winter has a personal demon. It used to speak to him in bed at night. Now that Jack’s left his childhood home in Georgia, the demon is never far behind. Just when he thought he’d outrun it, a fateful car accident changed everything. Now, 20 years after Jack watched the demon infiltrate his bedroom, he’s just spotted it lurking near his 6-year-old daughter’s bed. This time, though, Jack isn’t the only one who can see the creature. His daughter can see it, too. What’s worse: she’s the one it’s after.

Looking for more books for fans of CBS’s Evil? Check out this list of books that inspired horror movies.

Still can’t get enough? This quiz will tell you which horror novel from 2019 you need to read this year.

3 Sci-Fi Books by Black Women that Changed My Life